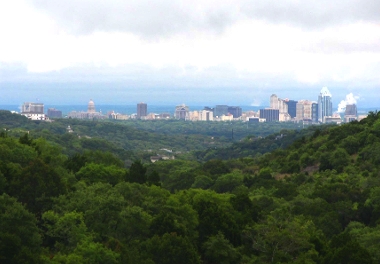 The Balcones Canyonlands Preserve (BCP) is not one single tract of land, but a more than 32,000 acre system of preserves that exists as a multi-agency conservation effort operating under a regional 10(a) permit issued under the Endangered Species Act by the U.S. Fish & Wildlife Service (USFW).

The permit was issued jointly to the BCP's two managing partners, the City of Austin and Travis County, in 1996. Several other partnering organizations own and manage land dedicated to the BCP. The BCP provides an umbrella of protection for two migratory songbird species, six cave-dwelling invertebrate species, and 27 additional species of concern. By protecting the most vulnerable species, the preserve safeguards the entire ecosystem. In addition to existing as habitat for endangered species, these lands provide habitat for numerous native plants and animals and contribute to improved air and water quality and quality of life for the people of Austin.

There are many ways to get involved on the Balcones Canyonlands Preserve (BCP) and learn more about these unique, beautiful spaces. Many of our region's most iconic outdoor spaces are part of the Balcones Canyonlands Preserve and offer opportunities for self-guided hikes and recreation, including Mt. Bonnell, the Barton Creek Greenbelt, Emma Long and Commons Ford Metro Parks, and the Bull Creek Greenbelt. With habitat protection as its primary mission, certain areas are only accessible for hiking through guided interpretive hikes.